Chewing Their Own Worms

Once upon a time I knew everything about being the best parent and raising the best most well behaved children! Then I had kids and realized everything I thought I knew was wrong!!! As I’ve raised my four little children of varying ages I’ve begun to realize many problem areas I’ve had. One area I’ve struggled with for far too long is being too helpful! I have taken the joy of learning right out of my kids at times and caused them to believe that their learning was solely dependent upon me!
I remembered a family story about my grandmother who cut her children’s meat for them right up until they left the house as married men. Well I was following in her footsteps when it came to this dilemma.
Over time I began to realize that I was essentially cutting their meat into adulthood or if we were birds: chewing my children’s worms for them. The processing and thinking was going on in my head and no matter how I asked my children to do their own thinking – they had become so accustomed to my “chewing their worms” that they couldn’t digest any of their academics without me.
It was a sad day as I realized yet one more area that I had been wrong in my child rearing and prayed that they really were as resilient as some say they are! I had to come up with a plan of action to retrain my children how to learn without me. As they rebelled and fought the change I found myself often telling them that they couldn’t borrow my brain any longer – I needed it!
You see – it was easier to just put the little guy’s socks on because we needed to get out the door in a minute and I didn’t have time to wait. It was easier if I sat right next to my son as he did his school work so I could answer any question he had as it came. My daughter loved to sit on my other side and ask questions as they came up too… but what I noticed was that they kept asking the same questions, making the same mistakes, and – and they weren’t even trying any longer. They simply skipped a question that they couldn’t answer immediately. They didn’t want to go back and read anything to find instructions or answers. If they could easily find the answer but had to do a little figuring to get the entire question correct it was left partially complete.
I was in a quandary and I needed to stop enabling them right away. They had to learn to chew their own worms or they’d never be able to feed themselves academically without someone else doing the thinking for them.
This took lots of time to fix. Baby steps and positive reinforcement had to be utilized as well as some tough love! Tough love is so much harder to give when you caused the need for it in the first place.
As I look at my youngest children who are not ready for schooling yet, I try to remember to set the stage for their own worm chewing. Even my five week old baby isn’t getting picked up every time he wakes up. Instead, he sits in a bouncy chair or lays on a blanket being talked to or offered pictures of red, black, and white. He will learn that he doesn’t need me to hold him for his security – like my other children learned (and I have the crooked back to prove it). I’m on number 4 and still learning, still correcting my own errors, and still realizing that even helping too much can be a bad thing!

Lisa Blauvelt (with her family and three dogs, two cats, a horse, pony, donkey, two red eared turtles, a fluctuating number of tadpoles and baby fish, and various other creatures collected by her adventurous boys) puts her education degrees to work at her home in the Deep South. There she teaches not only her own children, but others who come to her home to learn. Her decade long experience in teaching children to read will soon be published as a 476 page guide for parents. 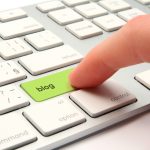 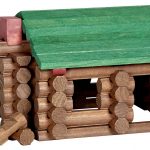