Using the Scarlet Pimpernel to Capture Your Students’ Imagination

CAPTURE YOUR STUDENTS WITH THE SCARLET PIMPERNEL

“It is only in our beautiful France that wholesale slaughter is done lawfully, in the name of liberty and of brotherly love.”

~The Scarlet Pimpernel by Baroness Orczy~

When I first began teaching an old fashioned novel about a flamboyant British aristocrat who takes his name from a tiny red flower, little did I realize it would quickly become a student favorite.

The Scarlet Pimpernel by Baroness Orczy is set during the tempestuous days of the French Revolution and features a Robin Hood type hero called the Scarlet Pimpernel, who repeatedly risks his life to save the unfortunate souls slated to perish by guillotine. It’s a fast-paced, entertaining adventure with a key element that keeps readers eagerly turning pages: the identity of the Scarlet Pimpernel remains a mystery until halfway through the book.

Spoiler Alert: The mystery man ends up being Percy Blakeney, a British aristocrat who is willing to appear weak, vapid—even buffoonish—to keep his identity and rescue missions a secret. A running joke through the novel—one that takes on added significance once we realize Percy’s true character—is that he is a dandy who cares only for fancy clothes and fast horses.

“Sink me! Your tailors have betrayed you! T’would serve you better to send THEM to Madam Guillotine.” ~Percy Blakeney to his arch-enemy Chauvelin~

In reality, Percy is amusing, charming, and truly humble. He expects no reward for his deeds and brushes off the insults of those who are fooled by his indolent demeanor. He is a master of disguise and—in spite of his wealth and position—willingly takes on the personas of the lowliest in society in order to save lives.

“[Percy] was calmly eating his soup, laughing with pleasant good-humour, as if he had come all the way to Calais for the express purpose of enjoying supper at this filthy inn, in the company of his arch-enemy.”

Not even Percy’s beautiful French wife Marguerite knows his secret identity. Though she belittles him like everyone else, he remains loyal to her, adoring her from afar and taking pains to make sure Marguerite (also a refugee from the cruel revolution) lives in comfort and safety.

One commentator writes, “[In this story] loyalty becomes a crucial determinant of a person’s inherent goodness. Percy’s followers put themselves in extreme dangers for the sake of the Pimpernel’s cause, because they truly believe in their leader and the plight of the nobility.”

Of course, things get worse for Percy and tension builds until the novel comes to an exciting, satisfying ending.

This classic novel has something for everyone: adventure, heroism, romance, colorful characters, repeatable dialogue, and eloquent truths.

“A woman’s heart is such a complex problem—the owner thereof is often most incompetent to find the solution of this puzzle.”

To enrich this unit, I share chapters from the free audio book found at a site called LibriVox. As we read, I also show excerpts of The Scarlet Pimpernel TV movie, starring Anthony Andrews, Jane Seymour, and Ian McKellen. Both of these help my students picture the setting, immerse themselves in the time period, and relate to the characters. (See resource list below.)

Are you beginning to see what makes my students—both male and female—fall so hard for this story?

Renee Ann Smith teaches literature in a Christian high school by day and writes stories by night. She reviews books and shares inspirational posts on her blog Doorkeeper at http://reneeannsmith.com/. You can also find her on Twitter at https://twitter.com/ReneeAnnSmith. 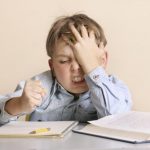 10 Easy Steps to Write an EssayBlog 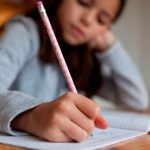